A few days ago, Apple refreshed its iOS Remote app in the App Store adding some new features that many people have been waiting for for quite some time.  These features include:

The release of the updated Remote app coincides with the shipping of the new generation Apple TV, which started yesterday.

What's the iOS Remote 2.0 App?
The Remote App is a must-have free app for anyone who has an iTunes library or an Apple TV.  The app allows you to control the music on your iTunes library or Apple TV from anywhere inside your house using your iPhone, iPod touch, or iPad.  You can play music by selecting Artists, Playlists, or specific songs.  On your Apple TV, you can do that or play videos or TV shows or use as a gestures-based remote to the Apple TV over Wi-Fi (no list of sight required as with the infrared remote control).  You can also control the volume on on various devices separately (for more information on how to do all of this, see High-End Multi-Room Music Without the High-End Prices).

iPad Support
The new release of the Remote takes advantage of the iPad's large screen format to display additional information about the content of the media libraries the Remote is connecting to such as an iTunes library or an Apple TV.  As you can see from the screen shot below, the iPad's screen size has been put to good use. 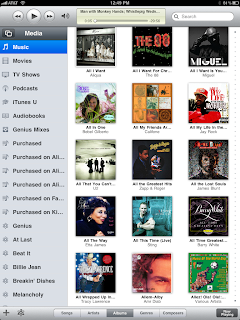 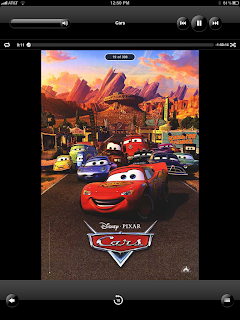 Retina Display Support
The new Remote app has also been enhanced to look better on the iPhone 4 and iPod touch by using high resolution graphics in the application as well as using higher resolution cover art pictures, when available.

Home Sharing
Home Sharing was a highly touted feature in the iTunes 9 release.  Although I think the feature could've used some new enhancements in releases since then, it really has not changed much over the last year.  Support in the latest release of Remote makes it easier to access the libraries shared on the network with Home Sharing, but I don't believe it's worth much.

Additional New Features
Apple's release notes, as usual, lack any details about new enhancements or bug fixes.  However, it's very easy to notice that a few additional enhancements/changes took place with the upgrade to version 2.0:

New Icon
Obviously, not a huge deal, but the app's new icon has been updated slightly and resembles the new iTunes 10 icon.

Note: It doesn't appear that you can manage on the Apple TV (1st Gen). This partially makes sense as the playlists you would be editing are synchronized with another iTunes library. If you need to add a playlist or edit an existing one, you can do so on the iTunes library that synchronizes with the Apple TV.